It began with early American farmers using horse-drawn carriages to haul produce to sell in the center of town.

Over the years, this European tradition was lost as our industrialized society became disconnected from the origins of the food on our plates. Farmers markets disappeared as the “agri-food” business grew to dominate consumer food options.

Quietly, in the late 1960s and early 70s, the “local foods” movement began. People began talking about personal health, the environment and support for family farms. Across the nation, we saw food co-ops sprouting up – with a new commitment to consumer education, community participation and nutrition.

Donita Anderson was one of those early food co-op devotees. A biologist and trained chef, she was an active member of the Traverse City, Michigan food co-op and helped start a farmer’s market there in 1980. When Donita and her family moved to Shaker Heights, Ohio in 1985, she set out to find sources of local, healthy foods in Cleveland.  She made weekly treks to farms well east of Shaker Heights, loading her car full of fresh produce — not just for her family, but for neighbors as well.

Donita spent ten years produce-buying, farm-stand stopping and farmer-wooing throughout Northeast Ohio, in search of this meat or that produce. She made it her mission to learn from “local food” activists — like Ben Benepe of New York’s famous Greenmarket system, bringing country farmers to the boroughs of NYC. During those years, Donita set the wheels in motion for what we now enjoy as North Union Farmers Market.

Donita envisioned a busy urban square filled with farms and shoppers.  She wanted to tie in Northeast Ohio’s historical connection to the North Union Shakers, a religious and agricultural community who originally settled in the Shaker Heights area. North Union became part of the name with a logo designed by Barbara Chin.

Organizing a core group of like-minded Shaker Heights citizens, Donita formalized plans for bringing local farmers to sell produce directly to consumers. With the collective efforts of founding board president Mary Holmes and founding board members Tom and Chris Stevens, Lou and Savery Rorimer, Peter Katz, Sheri Edison and others, the first Saturday farmers market at Shaker Square was launched in July of 1995.

That first day was quite a scene, as North Union had contracted with 15 skeptical farmers – but only six showed up! With 500 excited shoppers gathering to buy fresh local produce, those six farmers sold out within an hour. The stage was set for success – and refinements.

The market’s first years proved to be slow – with operating budgets barely covering the cost of insurance. North Union trustees held fast to the success they saw in New York and California, with numerous markets in operation, farms flourishing and urban blight fading. North Union was constantly learning – about seasonal product availability, how to balance customer needs with diverse vendor supplies and of course, dealing with the weather!

After a year and a half of painstaking planning, the Lakewood market opened in 1998 at the request of several board members and local farmers.  North Union worked diligently with municipal entities, from the Legal and Health departments to the Mayor’s office and Food and Safety Department. This market satisfied local demand and offered a still-popular mid-week market at the height of the growing season.

We began the first of our many farmer-training conferences in 1998. Held at a small storefront in Cleveland’s historic Shaker Square, it provided a wealth of knowledge to help farmers improve marketing and business skills.  Moving to Fairmount Presbyterian Church, then Cleveland Botanical Gardens and finally to historic Dunham Tavern, the conference now draws more than 100 farmers to learn from national speakers like Neil Kinsey, the world renowned agronomist; Ed King, small business specialist; Gail Hayden, CA Certified Farmers Market Association and many more.  A conference highlight is the farmer’s potluck luncheon – with an array of delicious, fresh and local foods reinforcing why North Union Farmers Market does what it does!

Soon after Lakewood, we opened the Taylor Road market on Thursday evenings in Cleveland Heights with 25 eager farms.  Demand was high, but with a major road construction project, the market location was transitioned to the Coventry neighborhood. Soon after we ended this market, the City of Cleveland Heights began running it themselves.

Donita knew that networking and education were critical to running a successful network of farmers markets. She attended a national conference sponsored by California’s NAFDMA, the Networking Association for Farm Direct Marketing and Agritourism and began studying the California market systems to learn techniques and tools to use in Cleveland. She took courses on governmental agricultural regulations, consulted with marketing guru John Stanley of the Disney Company and sought out the best trainers to learn how to “market the Market” and help North Union farmers “sell the whole truckload.”

By 2001, word had spread like wildfire about these vibrant open air markets — making the Shaker Square and Lakewood markets into virtual Cleveland institutions! North Union quickly became a premier market, featured in The New York Times, The Boston Globe and The Plain Dealer.

In Parma, a council woman named Michelle Stys, working with 28 community members, approached North Union about hosting a market. By 2002, the Parma market opened at historic Stearns Farm. At the same time, the head of economic development for Olmsted Falls wanted to host a market there. Operating from 2002 through 2005, we forged strong relationship here and gained many excellent vendors who continue to sell their truckloads at other North Union markets.

Then came October 25th, 2004 – Opening Day for Crocker Park, the new mixed-used shopping venue Westlake – and the opening of another new market for North Union! With a strong economy and a partnership with Stark Enterprises, it spelled huge success for both ventures. All details were in place for a spectacular opening — except for the unplanned appearance by President Bush and his entourage! Roads and freeways were closed for miles around, making for this market’s only “underperforming” day ever. The next year, Crocker Park operated a pilot market in July through September and became one of the strongest North Union locations.

The tremendous success at Crocker Park led to more partnerships with Stark Enterprises– including a market at Eton on Chagrin Blvd and in Bath at Montrose. Both became our “minor league” feeder markets funneling farms to our larger markets.

In 2008 we were approached by Christina Ayers, Director of Healthy Environment at the Cleveland Clinic Foundation. Under Dr. Mike Roizen’s direction Christina’s mission was to start up a farmer’s market on their campus.  North Union launched a successful pilot market in late summer during the abundance of northeast Ohio’s farming season. In 2009 we ran our first full market season at the Cleveland Clinic on Crile Mall.

Also opening in 2008 was the market in Chagrin Falls. And in 2009, we forged a strong partnership with Cleveland State University to bring a lunchtime market to the Downtown area.

The story goes on …

Creating the infrastructure of North Union has taken many years and diligent volunteers and management. We are now a leader in the Midwest with national awards and a loyal following among Northeast Ohio residents, chefs, restaurants and farmers. Our history is still being written – with more amazing milestones to come! 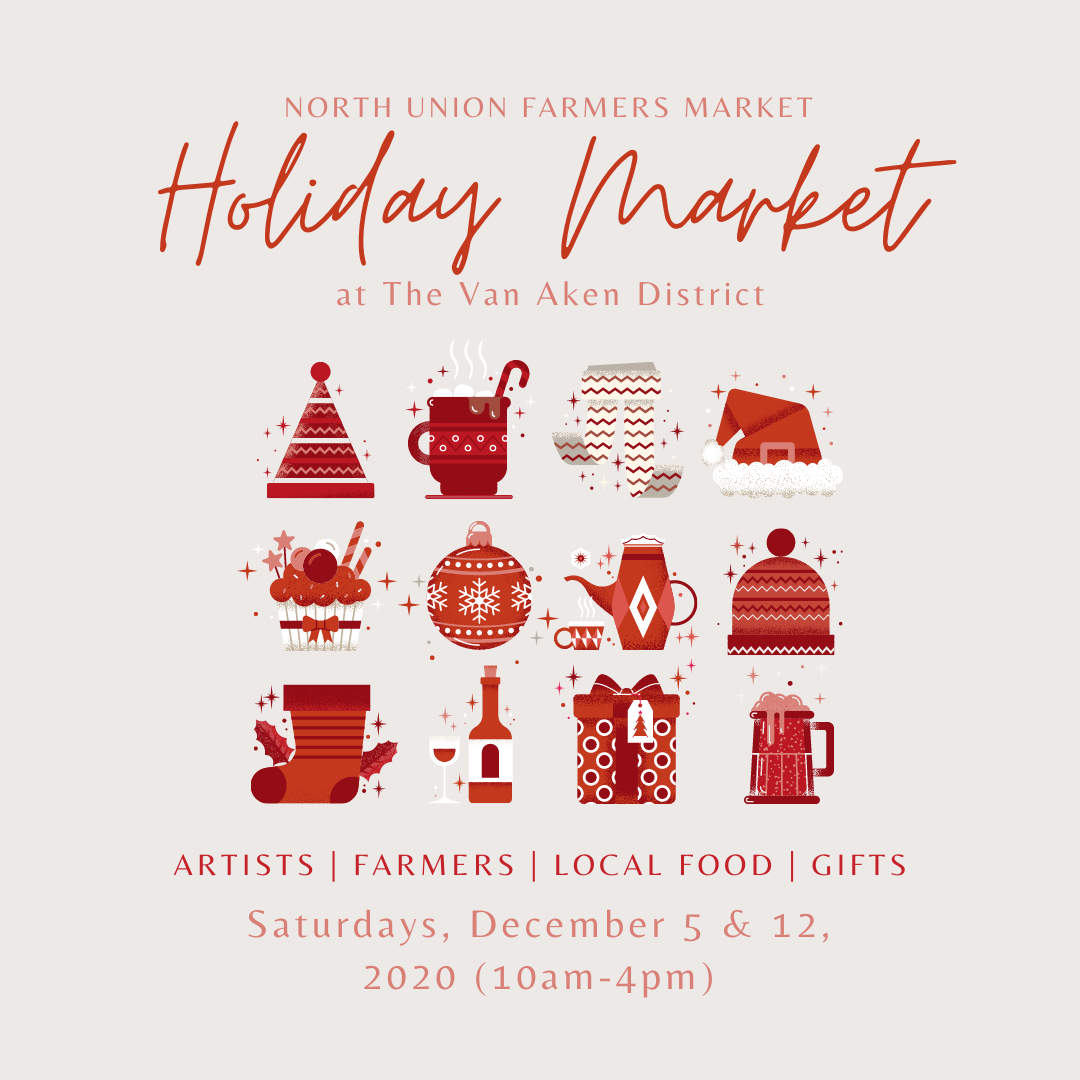