It all began in 1985 when Donita first moved to the Cleveland area — and was disappointed to discover little access to fresh, local foods.

Educated as a biologist and a chef, Donita knew that local farms are the primary source for the freshest, most nutritious foods — and the heart and soul of a farmers market. Not only that, Donita understood that a successful market strengthens a community’s economy and culture. These guiding principles were the driving force behind Donita’s dream to start a farmers’ market in her adopted hometown of Cleveland.

Donita partnered with a core group of like-minded citizens to found North Union Farmers Market as a 501c3 nonprofit. The pilot market opened in Shaker Square in July, 1995. In the start-up phase, Donita and her partners knew that experienced mentors were essential – and chose to work with the respected New York City Greenmarket. Later, she initiated a new mentoring relationship with California Farmers Market Association. Donita continued to learn about the business side of markets via outreach at national conferences sponsored by California’s Networking Association for Farm Direct Marketing and Agritourism (NAFDMA). In 2001, only six years after starting North Union Farmers’ Market, the organization named Donita Farmers’ Market Manager of the Year.

Donita continued her quest for education, focusing on governmental agricultural regulations in order to better understand the issues facing Ohio farmers. She has now certified more than 150 farmers throughout the state of Ohio. In 1998, Donita spearheaded the creation of farmer-training conferences, allowing farmers to invest in the marketing and business aspects of their farms. The conference, called A Time to Grow, draws over 100 farmers annually to learn from nationally-recognized speakers.

North Union now operates two indoor winter markets and eight outdoor seasonal markets in Cleveland and surrounding areas, including one on the Cleveland Clinic campus. Ninety farmers and over 100 artisans and food purveyors participate in the markets, attracting more than half a million people each year.

Since opening day at Shaker Square in 1995, North Union has helped incubate over 300 local businesses. Donita’s efforts have helped keep millions of dollars in our local economy and saved farms from destruction. In addition, North Union offers communities a place for neighbors to meet, musicians to perform and, most importantly, the opportunity to support locally-grown food producers.

Donita lives in Shaker Heights, where she raised her three children.

Some of Donita Anderson’s awards and roles include: 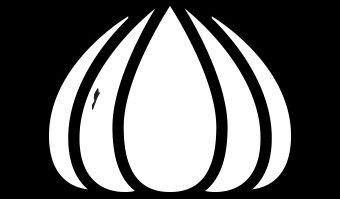